Cryptocurrencies – an opportunity for legal, risk, and compliance professionals? 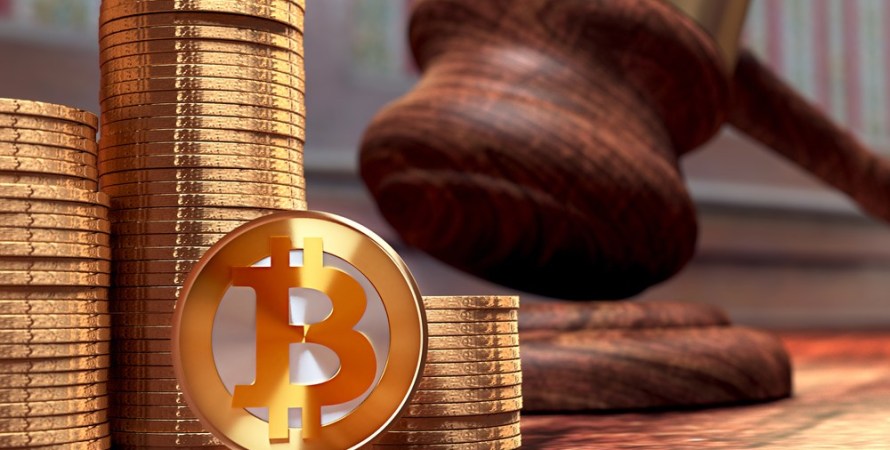 Since Bitcoin exploded onto the scene in 2009, cryptocurrencies have emerged as significant assets, and a significant way of handling financial transactions.  They are no longer the sole domain of gangsters and dark web drug-dealers,  but have become a legitimate and respected way to transmit money, and a serious financial asset in their own right.

And an increasing number of financial institutions are adopting cryptocurrencies and other fintech strategies. According to a survey by the Bank of America, 21 percent of banks they looked at have taken up blockchain technology into their businesses in some form. Blockchain is a distributed ledger – the technology that allows for completely transparent transactions with cryptocurrencies such as Bitcoin. Among those using the technology are JPMorgan, Wells Fargo, Citi, US Bancorp, Fifth Third Bank and PNC.

Earlier this year, Morgan Stanley became the first big bank to offer its customers access to Bitcoin. In April, heavyweight JPMorgan announced it would allow clients to invest in Bitcoin for the first time, while Citi is widely reported to be considering joining the cryptocurrency bandwagon. However so far banks appear to be limiting access to Bitcoin funds to wealthier clients only. This is because of crypto-currencies’ infamous volatility. Morgan Staney said the funds would be open to customers with “an aggressive risk tolerance” who have at least US$2 million in assets held by the bank.

As far as digital assets in general are concerned, there has been a surge in recent years. According to a report by the cryptocurrency exchange company LMAX Digital, the digital asset industry “grew from a nascent cluster of startups in 2016 to a high growth, professional space with 20,000 employees in 2019. Research found that the growth has been concentrated, with 85 percent of professionals employed by exchanges, development firms, or mining firms”.

Meanwhile the appointment of cryptocurrency expert Gary Gensler as chairman of the US Securities and Exchange Commission suggests that the Biden administration is taking the rise of virtual currencies seriously.

All the signs are that there is going to be an increased demand for legal, risk, and compliance talents with understanding and expertise in aspects of cryptocurrencies. However the problem for these professionals is that these new technologies – cryptocurrencies, Blockchain and other distributed ledger technologies – are indeed new, they are complicated, and they are fast-evolving. Not everyone is equipped to deal with such a technical field.

The regulatory structures introduced to look after digital currencies are also changing rapidly, and vary from country to country, and even within regions of a country. For example, in the US, different states have their own rules, meaning that one or all of the Financial Crimes Enforcement Network, Office of Foreign Assets Control, Office of the Comptroller of the Currency and The Securities and Exchange Commission may be involved.

However there are also international bodies working in the regularity network, probably the most important being the Financial Action Task Force (FATF), an intergovernmental group founded in 1989 to create policies to combat money-laundering.

In June the FAFT completed a 12-month review, in which it said that only 58 out of 128 jurisdictions under its purview reported implementing the revised FATF standards that were finalized in 2019. Of those, 52, jurisdictions imposed regulations on virtual asset service providers (VASPs) while six simply banned them. The majority of jurisdictions have yet to implement the main 2019 requirements, including the “travel rule”, which obliges financial institutions to pass on certain customer and transaction information to VASPs.

Clearly, legal, compliance, and risk professionals who want to take advantage of the rise of cryptocurrencies will need to keep up with a challenging, varied and constantly changing landscape.

A banking source said: “From a legal point of view, the issue is that compliance regulations are in their infancy, which is why an expert is all the more important.” Interestingly, he also added that “money is there to be made” because of a lack of regulation.

Meanwhile, according to an article in Forbes by market analyst Michael Miguel: “To deal with the steady increase in cryptocurrency cases, large law firms have been steadily announcing the launch of specialist teams devoted to cryptocurrency and blockchain.”

Despite the fact that cryptocurrencies are treated so differently in various jurisdictions – some see them as legal tender, some do not, while others see them as assets etc – they are not going away anytime soon.

It is apparent that risk and compliance professionals will have to be extremely vigilant and alert in the face of such a fast-changing and complex regulatory framework – and that their work will continue to be in demand for the foreseeable future. In order to make the most from this opportunity, a strong understanding of international AML legislation and regulation is essential. A knowledge of how your local jurisdiction treats cryptocurrencies is also a must, as is an ability to know what changes might be on the horizon – with such a young sector, and rules changing so frequently, it pays even more to be pro-active.